Sprint will be the grand finale 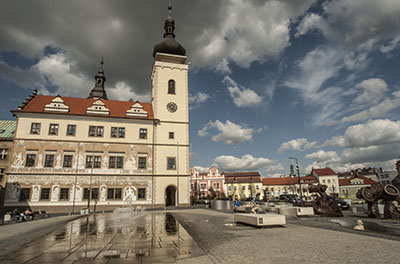 Gradually, we are going to offer interviews to the course-setters of all races to learn something more, not just about the courses and concerning works, but also about the partiuclar disciplines. We start from the end, therefore with the sprint and the interview to Daniel Wolf (member of OOB TJ Turnov).

it would be a rather superfluous to ask how it happened, that you got involved. You belonged to the team of main organizers of the EOC 2016 in Jeseník, led by David Aleš too, so you were surely in the World Cup organizing team from the start You are even the only one who was a course-setter both at EOC and now - even then it was an individual sprint, so this choice was clear from the beginning now?

That's right, I had been in the way of organizing our World Cup round from the beginning. In 2016 I attended David Aleš to the preparatory weekend of World Games 2017 in Poland, as I was SEA IOF assistant for the latter event. And there, we were discussing with IOF representatives that Switzerland would not hold the traditional World Cup final in 2018, on account of organising EOC. We quickly evaluated our possibilities and suggested to IOF that we would like to organize the World Cup final in 2018, with one of its races to be located in the area of sandstone rocks. IOF accepted our offer and we were awarded to organize the event in autumn 2016. 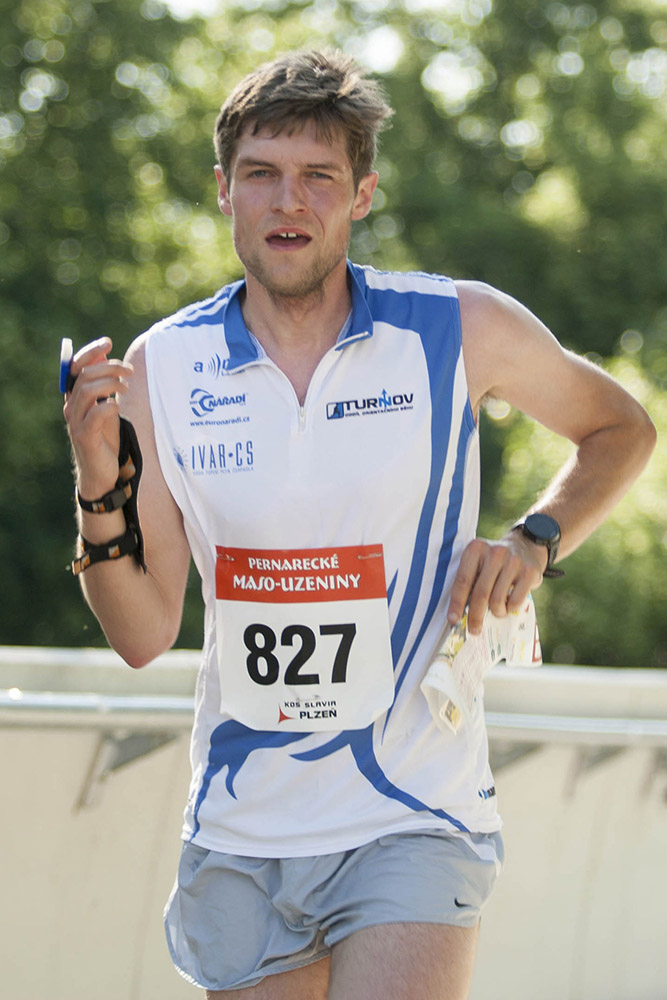 Therefore I was involved in discussions about choice of the terrain for the race held in a forest area from the beginning, while we knew we wanted to lcoate it in the „Bohemian Paradise“, how the area of sandstone rocks is called. And I supposed that I would be the coruse-setter for this race. However, Jindrich Kořínek, my team mate in the Turnov club, became involved too, so I left him the middle courses and took the sprint in Mladá Boleslav. Some time before, our club already planned to organise the Czech sprint championship in this city, so I knew the terrain very well. Moreover, I live quite nearby.

Moreover, you were head of course-setters at EOC in Jeseník, do you cover this now too? What does it mean that you are also the sports director of the event?

Originally, I wanted to be just one of the course-setters for the World Cup round, as I don't have so much free time as before on account of my workload. However, in the end, I agreed to help to coordinate the issues, I have experience with, like the courses, the cooperation with TV production, the planning of sport issues of the arenas, etc. However Adam Chromý is now the head of the course-setting, and I am just watching and adding my opinions. However it is him, who has the main word, as he is the national controller. The position of the sports director will not be fully active until the races start – then I will co-ordinate the organizers of the sections which are related to what takes place in the forest and on the courses, such start, putting controls in the forest, guarding of the controls and suchlikes.

Back to Mladá Boleslav, where „your“ sprint is located. Do you remember when did you start the work and when have you finished?

I started actually as soon as we were awarded to organise the World Cup round. The first version of the tracks was created on the basic map data available at that time. Based on this, I determined what area would be mapped. Further on, I continued with work using the finalised real map, on which I placed the controls and tuned the courses to fulfill needs of this type of race and also of TV coverage.

I'm probably still not finished with my work. Basically, the courses have changed only slightly since the first sketches, however they are still developing in detail. It is a city as any other, still developing and changing, and so there is still something to update and there is still need for to be on the alert. I will definitely finish work in the week prior to the race, with the maps going to be printed.

How much did you have to tune the courses, for example, as a result of requirements of TV production or advisors, ...?

The final tracks, of course, are a bit different than the first sketches. It took us a while to agree on the final concept of the race, the location of start and the finish arena, but after we have clarified this, the courses did not really change much. More or less, I know usual needs generated by TV coverage, thanks to my experiences from World Games and EOC, so I knew from the beginning how to take it up and counted on it. Karel Jonák (the traditional director of top orienteering race TV coverages) has just slightly moved me position of about two controls in order to make them looking better in the TV, but this time it was not necessary to modify concept of the race. I therefore believe that spectators will like the chosen scenes of the Mladá Boleslav city.

Even the IOF advisor did not suggest any changes?

Actually not. He was kind and he liked our approach to the construction of the final sprint courses. The biggest changes I had to make have arisen from my own view, on account of the courses being too long. Even the best world stars would not be able to beat the required 14-15 minutes on my beautifully designed initial courses. And so I gradually sought out where to save seconds, cut off sections and shortened. Unfortunately, I had to delete a few nice route-choices and areas that I had originally planned to include, but otherwise it simply would not work out. I believe I made it precisely in the end, as in this case, I can not use the favourite excuse of course-setter, that the world elite runners did not come.

How much did this area appear risky for traditional urban troubles, such as difficulties with access to some areas, because of many landowners or changes due to constructions, unpredictable interventions ...?

Luckily, this space turned out to be quite ideal in the end. Especially thanks to our technical director, Jan Picek, who has negotiated all neccessary with the owners and municipalities. Now we can only hope, that nothing will be digged or built up until the race. However municipality of the Mladá Boleslav city is very helpful, being glad that such an event takes place there, quite in a contrary to Prague, which is used to host various high ranked events and our races are just another item on the to-do list or even an annoyance for the officials of the city municipality. Moreover, Mladá Boleslav hosts regularly special city stage of Rallye Bohemia, which also runs in the streets of the historical center, therefore the city authorities know what is needed and how to do it. After all, come and see that Mladá Boleslav is not only a big Škoda car factory and apartment houses for the people who work in it, but that it is, above all, a beautiful historical town above the confluence of Jizera and Klenice rivers.

You are actually the course-setter of the accompanying race too. It is „only“ the regional race, but, if I count well, meant further 41 classes for you, and it is included in the calendar of three regions. Which of the races meant more work for you and how did you manage to combine their courses?

Yes, it is so. Course-setting for regional race is, let's say, more intensive, and still more and more time consuming. The demands for courses of the World Cup are, of course, much higher, it is a different kind of work, there are four courses, which are tuned in every detail during several months. In addition, you have to carry out a lot of organizational work around you, which you do not have to do for a usual national race. Actually, I started with the courses for the regional race only after those for the World Cup final were finished. It is necessary to tailor them to the location of controls of the World Cup and enhance them appropriately so that the competitors will still be surprised, no matter that they already have seen the map on the screen or TV during the broadcast of the World Cup race. I hope to succeed so that the competitors will have fun racing in the World Cup area, where they will have the chance to compare themselves to the top runners thanks to having some sections same, however with completely different solution.

And finally, please describe the system of the race, start, the number of competitors, etc. and whether it differs from the usual sprint courses?

The Sunday sprint in Mladá Boleslav will not only be the culmination of the Czech World Cup series, but also a great final of the 2018 World Cup. Therefore, the race is quite specific. There will be an A race and a B race. The A race will contain the 40 entrants who are highest-ranked in the World Cup standings after the Saturday middle. All other competitors will be in a B race. First women start at 10 AM, followed by first men at 11 AM. Both the A race and B race will have a 1 minute start interval, with competitors starting in order of the World Cup standings, highest ranked last. I believe that the overall standings will still change during this last race, so that the race still will be a thrilling fight.

The show will culminate with the prizegiving ceremonies of the race and of the overall World Cup held in the arena, followed by the regional race.

You are all cordially invited! 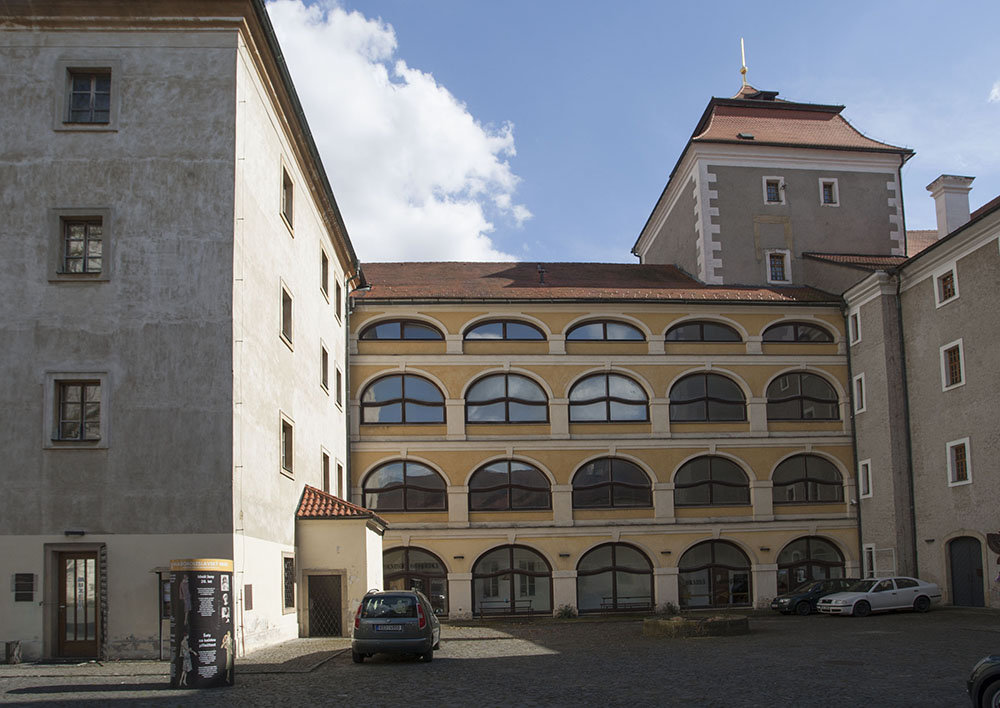